Engaging in Work of the Heart: Newsletter #45 In this issue of newsletter #45, you’ll meet four individuals deeply engaged in work of the heart. We begin with Phil Cass, who has made a career in one of the areas most out of whack in the U.S. – health care. Phil began as a standard-model leader, and the change that took place in his approach to leadership is revolutionary. The first turning point came when, at the age of 32, he was diagnosed with testicular cancer. In those days, the prognosis was dire. Only a few hours after he received his PhD diploma from Ohio State University, with all its promise of a career ahead, he was on the operating table. His brush with death awakened him to the resolve to live whatever time was left to the fullest.
It was my pleasure to meet Phil via an Awakin Call (Awakin.org). I’ll quote from the introduction: “During Phil's 16-year tenure as CEO of four affiliated not-for-profit health corporations, he implemented a new model of leadership. His experiments later led to the creation of a countywide multi-stakeholder initiative aimed at enabling the current health system to function more effectively. This transformational form of leadership under Phil's influence has continued to spread into other institutions in Columbus, Ohio and even to a federal initiative on homelessness. In Columbus alone, a half a million people are already beneficiaries.”
It’s quite a story.
Ana Valdes Lim also has quite a story. As a child living in the Philippines, she dreamed of becoming a dancer. When the time came for college, he father forbade her going to NYC, but since she had a sister living in Texas she was allowed to enroll in university there. One day she found some students auditioning for Julliard. What she heard about Julliard sounded good, so she auditioned, too. Long story short, she was accepted, and her father relented. As Ana says, “It was meant to be.” Along the way, she discovered theater and acting. (In a publication celebrating Julliard’s centennial, one student was profiled from each of their graduating classes. Ana was one of those chosen.) From Julliard, Ana entered the world of theater in New York and worked with John Houseman, Joe Papp and Estelle Parsons. In this conversation, Lim shares the surprising journey of her heart’s desire and where it’s led (so far).
The extraordinary entered Rosalie Giffoniello’s life in the form of a book falling out of a bookcase one night while she was pondering what to do with her life. She wondered what the noise was. Getting out of bed, she found the book at the foot of the stairs. “It was the one book I had in the upstairs bookcase, Something Beautiful for God,” she said. “My husband had hundreds of books up there. But this was the one that fell off the shelf and tumbled down the stairs.” Inside the book was a letter Mother Teresa had written to Rosalie six years earlier. She asked if she should come to Calcutta and volunteer with the children. Mother Teresa had written back: “Yes. There are many special need students here. Please come. God Bless You.” It turned out that Rosalie wasn’t quite ready to move to Calcutta. Then the book fell down the stairs. That settled it. Rosalie talks about what followed. It was meant to be.
Ron Hobbs writes of the heart in a way particularly his own, evocations of that essential realm of feeling so difficult to put in words. Ron sent me his story, The Secret of Bayou Teche, thirty years ago. It begins, “Jerome untied his pirogue and picked his way out a few feet from the banks of the Atchafalaya.” As boy, Hobbs had lived in Louisiana, and in this story, something of its essence is brought to life.
“[That morning] “cormorants lazed around in the sky; two old pelicans stood sleeping on a rock, and the trees were full with flocks of chattering passerines. ‘Watch the birds, chere they gonna tole you lots of things.’" Let me know if you’ve ever read anything quite like it.
Welcome to the 45th edition of our newsletter. —R. Whittaker 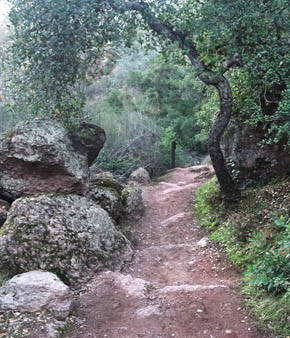 Richard Whittaker is the founding editor of works & conversations and West Coast editor of Parbabola magazine.