From the Editor : works & conversations #39 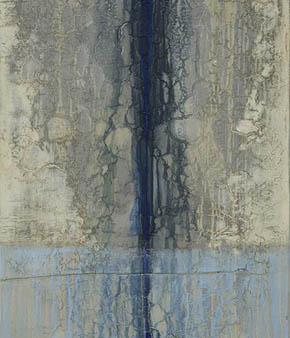 All these years, publishing each new edition has been the completion of an uncharted journey. The gifts that have consistently appeared have often been astonishing, as with this issue. Pondering what phrase might capture its essential flavor, “beyond words” came into focus. It had already been elegantly expressed by Rabbi Ariel Burger: “We need to be careful and conscious of language. But, of course, there’s so much that language does not allow us to say.… And that’s where my life as an artist really starts—where language ends.”
It was Pavi Mehta who suggested we talk with Burger, and what a blessing this was. “Artist” is probably not the first word that comes to mind when people think about him. He’s an Orthodox-trained rabbi and a lifelong student of Elie Wiesel. While that sentence is powerful in itself, it’s just a headline for a long and compelling curriculum vitae.
Burger agreed to Pavi’s suggestion that we have a conversation focusing on areas of his life that have not received as much attention as others: music, drawing and painting. That conversation became the anchor for this issue.
The spark for what happened next had to do with the emails I kept getting from Lisa Chadwick, founder of San Francisco’s Dolby Chadwick Gallery. Like other gallery owners, she was trying to cope with the Covid-19 situation. She’d come up with the format of sending out a poem and an artwork from a gallery artist five days a week under the heading, “Stay Inspired.” Reading the poems, I was often surprised by how much I was moved. This kept happening until one day, I found myself wondering where did Chadwick get such a feeling for poetry? There was one way to find out, and thus our second interview.
It took a long time for the interview with artist Doug Heine to materialize—over ten years. I met him at a monthly breakfast Oakland artist Gale Wagner hosted at his studio for many years. There were six or seven of us, all happy to be soaking in Wagner’s bright energy. It marked the beginning of one of those connections that mostly lay dormant. Then earlier this year, a note from Heine led to our getting better acquainted. What I learned left me delighted and fascinated. Heine, at 85, remains fully engaged in artmaking and enjoys a rich mix of friendships formed along the way of his remarkable journey. We pick it up as he’s a teenager working in the Mare Island Naval Shipyard in Vallejo, California, and learn how it led to his dual roles of working with Nobel laureates at the Berkeley Lawrence Lab and running a foundry at UCB for Peter Voulkos and his students. It’s a story that had to be shared.
Featuring the work of artist Danae Mattes was an easy decision. It’s a perfect complement for the spirit of this issue. That she’s represented by Lisa Chadwick adds another level of resonance. I first met Mattes in 2006 while interviewing her husband, Stephen De Staebler. Even with his peerless work on view in all directions, a piece by Mattes attracted my eye. It stood on its own. Her work has the quiet power of reminding us of something we’ve forgotten, something that we deeply miss—even without being aware of it. Its beauty whispers something we desperately need to hear.
Our connection with Walter Kennedy goes back to w&c #9, in which we featured a small portfolio of his photographs. I’d loved his mysterious and beautiful images. What had be been up to since then? Here’s a peek.
As Phil Chan’s essay on art and ethics has only become more intriguing over the 22 years since it appeared in our inaugural issue, I thought it was time to consider Chan’s singular vision again.
And what has Indigo Animal gotten up to? Well, it’s complicated. But I think we’re heading into the territory of pre-Socratic thought. You can only read these things here.
Welcome to issue #39.— R. Whittaker

Cotton and Silk Vorbeck quilt, detail I’m working on the last panel of a pair of ... Read More 12072 views

Say Grace I am deeply delighted to live on a planet that is so big and varied that I can ... Read More 10469 views

A Conversation with Silas Hagerty I met Silas, a young man in his twenties from New England, at a ... Read More 77810 views

Interview with Bill Douglass—Jimbo's Bop City and Other Tales At the time I'd first gotten to know the widely respected ... Read More 367943 views

Greeting the Light It was thanks to artist Walter Gabrielson that I was able to get ... Read More 309383 views