"Creativity isn't the monopoly of artists, this is the crucial fact I've come to realize, and this broader concept of creativity is my concept of art." - Joseph Beuys 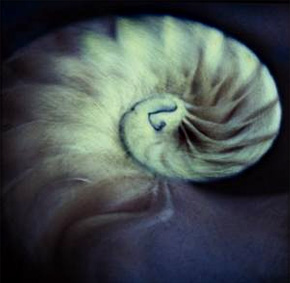 In the early 1990s, Richard Whittaker set out to explore artists' experiences and reflections about their own art making. What came from that is a series of deeply thoughtful interviews with a wide range of artists, and a magazine called works & conversations.

Although modest in its subscription base, the magazine has attracted a growing number of readers touched by a quality of content missing in other artworld publications. Institutional subscribers, ranging from the Metropolitan Museum of Art, SFMOMA and the Kandinsky Library at the Pompidou Center in Paris to Harvard, Stanford and Columbia Universities and RISD, The Art Institute of Chicago, CCA, SVA and SFAI, subscribe and have archived all of the back issues in their libraries.

In early 2007, Richard met with two friends at a local Taqueria for an agenda free conversation. That conversation resulted in the radical change of turning a 15-year-old subscription model into a gift-economy experiment.

Now the magazine is offered as a gift; in turn, the subscribers are invited to pay-forward a subscription to another reader. It's an experiment in generosity, and to this day, the magazine costs are covered entirely by unsolicited donations from grateful readers and supporters.

Our website is a project of ServiceSpace, a fully volunteer-run effort that aims to empower gift-economy efforts. Carrying no advertising, making the entire texts of past interviews available on-line without charge, and running a bi-monthly newsletter that reaches thousands of people, ours is a humble effort to "be the change we wish to see in the world." In addition to providing access to articles and interviews from the print editions of the wc's publication, ServiceSpace and works & conversations hope to make Conversations.org a platform for readers like you to contribute to our fully volunteer run effort by perhaps conducting your own relevant interview and contributing it to the website.

This effort simply can't sustain itself without your active participation. To support us, you can spread the word about our 600+ original features on this site, make a donation to support our gift-economy experiment, contribute an interview with a social artist in your community, or contact us with any other ideas you have!

Thank you for your readership.

Richard Whittaker is the co-founder, with Rue Harrison, of the non-profit "Society for theReCognition of Art" and founding editor [1998] of the magazine works & conversations. Earlier he founded The Secret Alameda [published from 1990-96]. He is also the West Coast editor of Parabola magazine. Although Whittaker has a background in philosophy [BA] and clinical psychology [MA] and has done graduate work at the GTU in Berkeley, his connections with art go back over forty years including photography, ceramics, painting and sculpture.

Why start an art magazine?

"A central motivation was my dismay at what I found missing in the art world as I began exploring it in 1980. [Before I'd simply done art on my own.] Nowhere did I find any resonance in the writing of critics and art theorists for what Bruce Nauman expressed (with considerable ambivalence) in an early piece: "The true artist helps the world by expressing mystic truths." Such an elevated thought could not be taken seriously in 1980. In 1967, the ground for such a proclamation was already very shaky. Was it a joke? And yet my own experiences in the face of beauty (especially of light) were such that I felt compelled to find a way of honoring them. Surely, the experience of the presence of the numinous had not gotten old. It had only gone missing somehow. What I found lacking in artworld discourse was not difficult to find when I turned to artists themselves. A common understanding was often near at hand. And here was the material I wanted to help get into circulation through the public space of a magazine.

Since then, my focus has widened to include broader examples of the transformative power of creativity used in the service of a greater good. This possibility is not limited to artists. AK Coomaraswamy's formulation, taken from his study of traditional societies, puts it well: "The artist is not a special person, but each person is a special kind of artist." Joseph Beuys, I'm sure, would have agreed.

[Read more in an interview with Richard.]

Nipun Mehta Nipun Mehta, Founder of ServiceSpace.org, is a visionary and social entrepreneur, the player of many roles as the call appears from serving as a maitre 'd at Karma Kitchen to keynoting at conferences.

Yash Shroff Yash is a PhD from UC Berkeley, has just become a father of two, and is currently working on his MBA. While not doing technical work at Intel, he helps manage the content on our websites. And his latest inspiration has been becoming a father of two!

Anne Veh Anne Veh has been a celebrated art curator in San Francisco, a mother of two children, and an editor for many conversations. Whether it is through her parenting or community experiments, she is constantly on the look out to spread more goodness in the world.

How do you find Artists to interview?

A lot of this happens through serendipity. Having been a part of the art world for a while, we always keep an eye out for people expressing their creativity.

Is there any difference between the content on your website versus the hard copy of the magazine?

Each issue of the magazine has some pieces, like Rue Harrison's Indigo Animal, various photographs of art work, and some articles that are not published on the website. If you'd like to receive the full magazine, please visit our subscribe page.

How often do you publish the magazine?

Are you looking for artists to interview?

We're always on the lookout, and are open to seeing work.

What kind of art work do you look for?

Hard to summarize about that. The best way to figure that out is to take some time reading and looking at material on the web site.

Can I suggest someone you should interview?

Sure. But first, we'd like to ask you to consider doing the interview yourself? You don't have to be an expert. It's basically just talking with someone and wanting to learn more. Plus, it's a real adventure. Check out our list of suggestions to help first-time interviewers. Once you do the interview, you can submit it to our panel for review. All selected interviews are published on our website.

Do you take advertising?

No. We do not advertise on the website. Nor do we sell any of your information to third parties. All you receive is what you have signed up for. Every now and then you'll see something that looks like an ad in the physical magazine, but that's just because we found something we want to support. It's always done pro bono.

Why not take advertising?

In our early years of the magazine, we did. At a certain point, we decided simply to stop. That's when we discovered how refreshing an ad-free space was. The online Conversationshas always been ad-free.

Who is your audience?

That's a question we used to hear a lot, mostly from people who wanted to give us some helpful business advice. We still don't know. If you can tell us that would be great.

How is the magazine funded?

The subscribers of the magazine contribute to keep the magazine going through the gift-economy model. We also appreciate the support via donations by others who benefit from our work.

Can people donate to support the magazine?

Absolutely. If you resonate with the work that we do and the articles that we bring to our readers, we'd love your support. You can make an on-line donation here.

I love what you do and would like to help. What I can do?

We'd love for you to join our team. Please visit our "Get Involved" page for ways you can help.

Why are the arts so often considered frills when it comes to what is needed in schools, in politics, in so many parts of life? The capacity for creative response is needed in all walks of life. In this issue we explore art as a tool for social engagement. Read More

It's been my good fortune to have more than my share of remarkable friends, and several of them appear in this issue of the newsletter. One of the joys of having a venue like this newsletter is that its a vehicle for expanding my own circle. Read More