The living room of the old wooden house on the outskirts of Istanbul was a time capsule of our past and current life, and it was the incubator of the artist I was to become. Sitting on the newly acquired, richly patterned Turkish carpets, I was surrounded by the spare Bauhaus furniture from the land we had just fled. The glass-front bookcase housed inherited Japanese treasures: paper fans with gold decorations, lacquer boxes, opium pipes with tortoise stems, paper toys. On the wall hung a Japanese scroll depicting bamboo and a bird.
I was attracted by these objects and spent a lot of my time playing in the living room. I did not know it at the time, but seeing the spare, geometric forms of the Bauhaus furniture and weavings against the calligraphic and tribal forms was building my vocabulary as an artist. I remember sitting next to my father, an architect, as he drew the plans for buildings in strong black India ink lines. When I was a little older, I was given a pen and tried my hand at drawing straight black lines in ink. My drawings now incorporate architectural notations for stairs, bricks, flooring materials, etc., expressing my love for the small visual notations in architectural dictionaries.
What brought this all back for me in a way that I could then work with, was a very small photograph I took of a high window in the Alhambra, in Spain. The window was pierced and ornate in the style of Moorish architecture. I drew these patterns with a Japanese brush pen on Gampi paper. The pattern was that of a pierced window, but it also reminded me of the weave of a burka and the lattice covered windows of the women’s quarters I saw as a child in Istanbul.
Blank Gampi paper is set off against line drawings, brush paintings and areas worked in oil stick and acrylic. The patina of age and decay rubs up against the new, not yet embellished, and barely envisioned— as Berlin contrasted with Istanbul in the 1930s.
In my mid-teens we left Istanbul and moved to New York. Daily life unfolded once again in an unfamiliar environment. The work brings together all I have gathered from these very different cultures and the circumstances of my personal life; the remembered co-exists with that which has not yet been found or is lost forever. 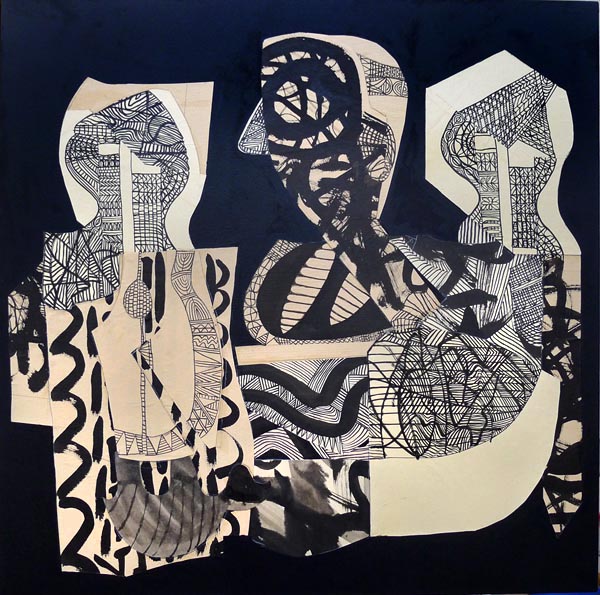 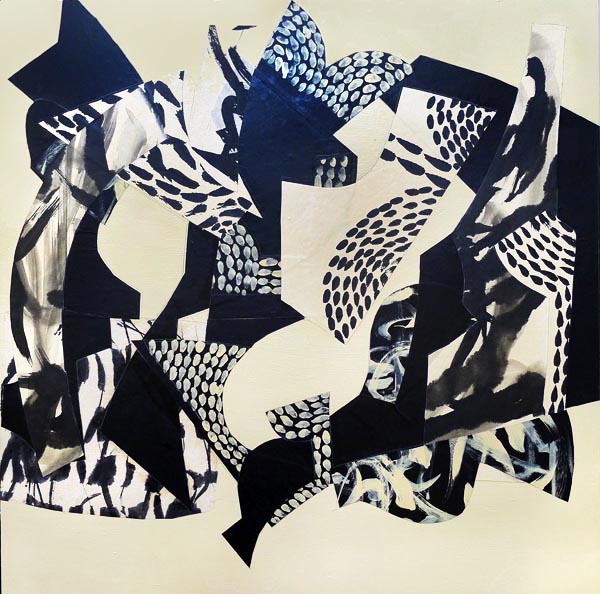 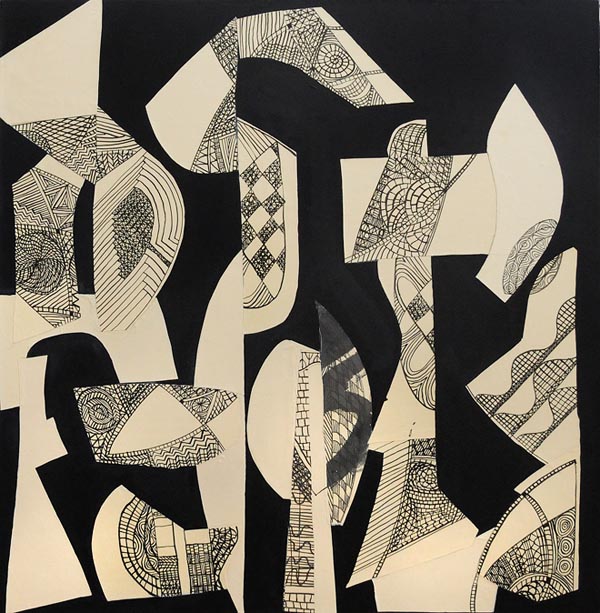 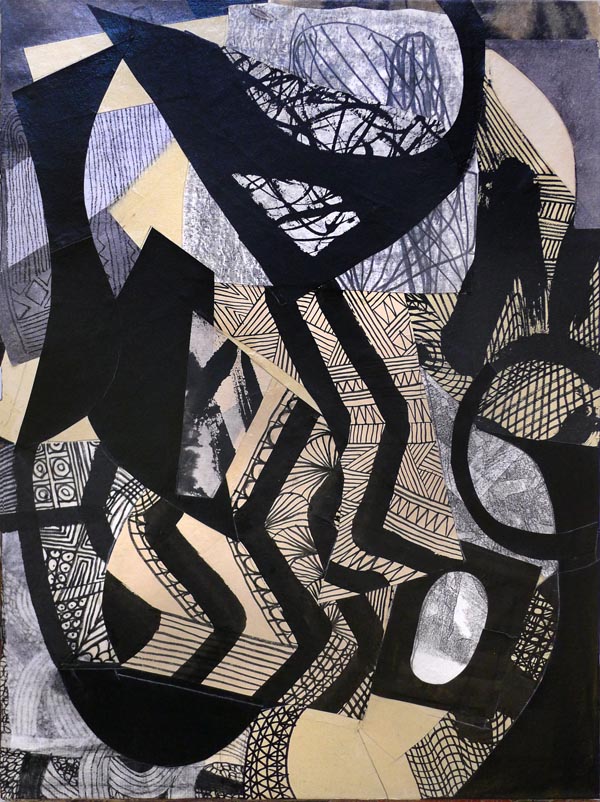 Edith Hillinger is an artist living in Berkeley, California