In Memory of James Doolin It was a little more than a year ago that I met Los Angeles painter James Doolin. It seems I’d known him much longer than that. An introduction to his work came first, when I attended an exhibit at the San Jose Museum of Art in July of 2001.
A large selection of his paintings was on display along with the work of painter Chester Arnold, an inspired pairing. I’d nearly finished gathering material for Issue #5 and realized that Doolin’s work would complete the issue in an ideal way. I contacted him by phone, and thus began our relationship.
He agreed to let me reproduce six of his paintings including Twilight for the cover and Psychic for the back cover, both remarkable works. I was excited by this stroke of good fortune. We talked by phone and later, on a trip to Los Angeles, met in person. It was one of those rare encounters marked by the discovery of some deep common bond. We met in person only a few times, memorable times, full of wide ranging conversation. Jim opened Los Angeles for me in a special way by introducing me to some of his closest artist friends, and it was easy to see these men loved Jim also.
News of his untimely death came as a sad and sudden blow. A friend of his, Peter Carey, in an obituary (Los Angeles Times, July 28, 2002) wrote he’d lost a friend and an “important teacher,” for Doolin “was a man who would continue in the face of misunderstanding and dull provincial criticism, who would never do anything expedient, who would continue a path that took him well beyond the boulevards of fashion, and if no one noticed what he was doing in the alleyway, well, that was what his life would be. Artists of course are meant to be like this, but in fact such individuals are rare.”
I’ve no doubt about the truth of Carey’s words, and the appropriateness of his characterization of Doolin the artist. Above all, one felt in Jim the kind of deep integrity that kindles an immediate trust. In the short time of our friendship, I was the beneficiary of Doolin’s encouragement and his great generosity of spirit. The few words I write here come from the natural wish, an inner necessity even, to honor and memorialize a man whose essence and way of being reminded me of the better parts of myself, a man who touched me simply through who he was, not only as an artist, but as a human being.
I was lucky enough to have recorded a conversation with Jim in February earlier this year and include a few quotes from that conversation…
“Just watching things happen is so important. Just watching everything.”
“Anybody who has any relationship to that reality out there, I can’t imagine how they could not be absolutely rooted. I mean, I don’t have any religious convictions. I don’t like organized religion, but looking at nature—that’s what my religious experience is.”
“I’m a searcher. I’ve searched all my life. It’s just wanting to confront the great things. Great space. To a certain extent, danger. Moments in nature when you see things you would never see unless you’re out in the wilderness and you’re alone.”
“That was the beginning of one the big lessons. Go for the Truth the way you feel it and everything will take care of itself.” 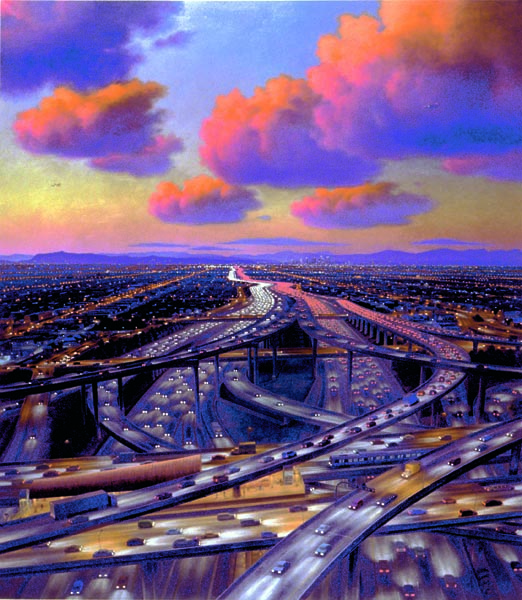 I am trying to find a print of Psychic. I have admired this painting for a long time and would love to see it every day. For your reproductions, do you sell prints?