Karma Kitchen and Other Tales 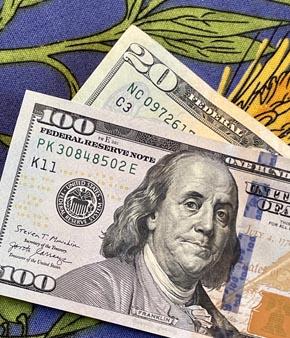 For several years ServiceSpace ran a project in Berkeley called Karma Kitchen. It was an experiment, as all of ServiceSpace’s projects are. Most catch fire and continue to this day. Others lose momentum after a while, and new ones emerge. But in every case the spirit of generosity is quietly at the center of these related experiments. The Seva Café, founded in 2005 in Ahmedabad—and which continues to this day—was the inspiration behind this particular project.

ServiceSpace’s first Karma Kitchen was launched in Berkeley on March 31, 2007. An owner turned over his restaurant on Telegraph Avenue to a ServiceSpace crew of volunteers to run the place on Sundays for the lunch meal. Restaurant cooks would prepare the usual fare (and were paid), but the day's coordinator, the waiters, maitre D, dishwashers, platers and cashier would all be ServiceSpace volunteers contributing their time in this experiment in generosity.

Who are they? A doctor, an HR manager, an electrician, a grad student at UCB, a physical therapist, a musician passing through town, a visitor come to see her brother—the variations are endless.
The volunteers arrive early and the day's coordinator gives an orientation. The day will be an adventure for everyone. Volunteers get their assignments - waiter, dishwasher, etc. - and all are encouraged to find their own generous attitude of listening, being on the lookout for special circumstances - someone passing through town, a musician, possibilities for sharing, birthdays, etc. etc. - and having a creative, open attitude about what could emerge.

Unless someone already knows about KK, the people who show up at the restaurant will not be aware anything has changed until the bill is presented at the end of the meal. It reads: "You owe $0.00. Your meal is a gift from someone who came before you. To keep the chain of gifts alive, we invite you to pay it forward for those who dine after you."

Karma Kitchens have spread to 28 locations around the world. Although some have wound down (as has the one in Berkeley) each were, or continue to be, a source of priceless moments and the demonstration of possibilities beyond business as usual.

I was fortunate to participate in Berkeley’s Karma Kitchen for a number of years and enjoy the blossoming that took place when “A Taste of the Himalaya’s” - on Shattuck Ave. - opened its doors on Sundays at 11a.m.

There's a saying that "strangers are just friends you haven’t met.” Each Sunday at Karma Kitchen, that saying is brought to life. Something brightens as people are seated and interactions began unfolding. Before long, people are sharing across tables; unexpected moments bloom, and one never knows what new joy might break out. Astonishing things can happen. (Without the spirit of generosity in the air, I'm sure I'd wouldn't have heard Susan Schaller's story.) But it's the following story I want to share. I must have heard it from Nipun [Mehta] whose delight in such stories is infectious.

A ServiceSpace volunteer approaches a table with three diners. He takes their orders, brings them their dishes and performs the waiter’s duty as best he can. All goes well and the time comes to present the bill. The volunteer hands it over and walks away.

A minute later a man at the table is waving his arm and the volunteer returns to see what he wants. The man is indignant and says, “But there’s no suggestion here for how much to donate!”

“No. We leave that up to you,” the volunteer replies with a smile.

“You mean I can give you ten cents, and that's okay?”

“Certainly,” the volunteer says without a hint of disapproval.

The man takes a few moments wrestling with his reactions. Then he pulls out his wallet and hands the volunteer a $100 bill. “Okay," he says. "You decide how much my contribution is!”

This had never happened before and, of course, hadn’t been covered in the orientation meeting for the volunteers before the restaurant doors open. No one knew what to do about it. And then, the volunteer has an inspiration.

The volunteer returns to the table. “Thank you for your generosity!” he says, and hands the man two bills—his $100 bill plus a $20 bill of his own.

Each experienced something new - and likely, unforgettable.

***********
I don't recall ever seeing bagels at the Karma Kitchen in Berkeley, but include this story because I was the person getting something to eat who experienced something I could not have expected.

A Bagel Story
This morning as I was getting myself a cup of tea, I took a frozen bagel out of the fridge to defrost. My wife, who’d returned a few days earlier from a trip abroad spotted it. “Can I have part of it?”

As she headed off to her office, half a bagel in hand, I remembered an experience a week earlier connected with that same bagel. I'd been in a little business district not far from home and was feeling out of sorts. I was trying to think of something to brighten my day when I remembered a Noah’s Bagel shop nearby. Perfect. A bagel might cheer me up.

I find the shop, but a quick glance in the front window reveals no bagels. Hmm. That's odd. When I walk in, the place seems empty except for two women who apparently work there. I look around and still don’t see any bagels. I wonder what's happened with the place.

One of the two women is watching me and comes over to the counter. “Would you like a bagel? She asks.

So they do have bagels! “Yes!" I say, feeling encouraged. "Do you have any poppy-seed bagels?”

I can't help thinking of the cheese shop routine from Monty Python. Bracing myself, I ask, “How about a sesame bagel? Do you have any of those?”

“Yes,” she says, pleased to be able to accommodate her lone customer. “How many would you like?”

“Give me two," I say, thinking, "My wife isn't home, but I'll eat the second one later myself."

“You only want two?” she answers rather tartly.

What? Have I violated some hidden code of customer-responsibility? For a moment, I'm miffed. Then inspiration strikes. “Okay. I’ll take six! - if I can have them for the price of two.” I'm pleased with myself.

“All right,” she says, as if this were a perfectly ordinary proposal.

Really? I think that maybe she hasn’t understood me.

But there she is at a rack putting six bagels into a bag! And here she is, heading back to the counter.

These few seconds as I watch are heightened by suspense.
Time almost stops.

And now she rings me up - for the price for two bagels!
Oh, she has played a pretty game!

But wait! Now I have to come up with something to meet the moment.

I give her a five.

She holds out a dollar and some coins in change.

Not taking it, I reach into my pocket and add two more dollars.
"It's all yours."

Once again, I'm pleased with myself.

But as soon as I'm back out on the sidewalk, I judge it a little cheap. Having a whole new day ahead is worth more than that!

Walking back to my car, my only consolation is that, at least, I've acknowledged this stranger's fine moment of bagel jujitsu. At least I made a small bow.

Richard, I thoroughly enjoyed these stories and the way you weaved them together. I especially appreciate the question at the end.