The Quid for Which There is No Quo 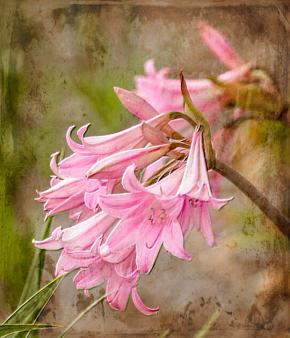 When one considers the facts, it appears undeniable that the human capacity to earn affects the human capacity to yearn.  Purchasing power renders us prey to the sales pitch. And sales pitches befuddle the soul’s longing. Animals have no purchasing power. They cannot easily be manipulated into yearning for things that are not aligned with their essence. This is why advertisers leave them alone. Animals are not susceptible to billboards, Google ads or product placement. In their world, Twitter is three or more birds on a wire. An influencer is anyone to whom you might be love-interest - or lunch. Animals do not have to untangle their aspirations from trendiness and the shimmering maze of mass marketing. They excel at following Mary Oliver’s counsel, “You only have to let the soft animal of your body love what it loves.”

For humans however,  with our ticker tape, telemarketers, hyperlinks and one-click orders, it can be challenging to locate the wild and tender being who lives deep within our bones. The one who is penniless, barefoot and rapturous. The tangle-haired vagabond who never stops singing.

The trick then, is to train your senses like an animal’s. To become increasingly aware of, and responsive to, all the unearned pleasures lying in great swaths around you: the quid for which there is no quo - like amethyst sunsets, alabaster moons and Amaryllis Belladonna…

Are you unacquainted with the latter?

Let me introduce you. But first, "What’s in a name?" Shakespeare asked, and no one answered. Reader, just because he was a bard it does not mean all his questions were rhetorical.What’s in a name? A great deal of poetry, if you’re lucky. Because in days of yore (i.e. before we lost the intuitive genius of imagination, and started churning out prosaic epithets like modem, credit card, and chairman,) we had a gift for summoning up the spirit of a thing through its christening. Names were cast like spells through the air, and the world’s entities were instantly vivified, summoned into brightened states of being by precise vibrations. Call a rose a skunk cabbage and it will, almost certainly, die a little inside.

Amaryllis flowers are well-named. Derived from the Greek, the word means to sparkle. Like many things Greek, it can be traced back to a beautiful nymph. Beautiful Greek nymphs fall neatly into two categories — the be-sought, and the besotted. Amaryllis was besotted - with a disinterested shepherd. She turns - as the spurned in Greek legends often do - to the Oracle of Delphi,  that dispenser of non-linear advice who excels at keeping things interesting. Oracular wisdom suggests Amaryllis adopt a 30-day regimen of piercing her heart with a golden arrow while standing at the cottage door of her crush.

She complies, and on the final day of this rather risky business, the crimson drops of blood splattered on the ground are transformed into ruby red flowers. The theatrical alchemy of it all melts the shepherd’s indifference. As he embraces his self-harming sweetie, Amaryllis’s pincushion heart happily heals on the spot. And the slender-throated, newly-sprung flowers become her namesake.

Not all Amaryllis flowers are blood red however. Our Amaryllis of the aforementioned Belladonna variety (Belladonna meaning, ‘beautiful lady,’) are a pearl pale pink. Technically they aren’t ours. Or anyone’s really.

One day we woke up, and they had surrounded the perimeter of our home, like a glamorous army. If one must be besieged, then may it always be by a floral militia. One whose heads tilt so prettily on brown and leafless stems, one whose petals curl so gently at the tips, you forgive them their trespasses now and forever.

Because their tall stems are absent any shred of leafy apparel, and because their scented multi-blooms are frilly-faced and feminine, they are also known as Naked Ladies. If this sounds scandalous to you, remember the life of every flower relies on scandal, on secret trysts in velvet chambers, and all manner of comings and goings.

If you think the Amaryllis arrived right before bloom time, you would be wrong. They were there long before you noticed them, first hidden deep in the ground as gloriously lumpy, misshapen bulbs, then emerging in late winter, disguised as emerald assemblages of strappy green leaves. Sprightly and promising — but promising what? The leaves betray nothing, and before any blathering Springtime buds appear, the propitious leaves abruptly wither, die, and disappear - all that green hype, and now, just bare earth. So much something, come to naught. A letdown of sorts.

And this is where an error in perception begins. The blunder is understandable given how much of our lives are conducted like a negotiation. In negotiations concreteness is key, one does not settle for ambiguity unless one is exceedingly gullible. The clever do not say, “I will give you my blood, sweat and tears, and you give me — a surprise.” No. The clever will hammer out clear terms and clauses. But mystery– mystery always deals on its own terms. Mystery will always have the last laugh.

And sometimes it laughs in the trumpet-shaped flowers of Amaryllis Belladonna - flowers that escape the tight clasp of their buds, buds held aloft on erect and determined stems, stems that rise from bare earth like holy resurrections, long after you have given up all hope.

For years (years!) you do not connect the dots.

These yawning, pink beauties rise from the graves of those disappointing green leaves. The discovery has all the shock of a divine revelation. Absence is a misinterpretation of invisible presence. In this very moment, hidden immensities are being transfigured in the dark.

There is no keeping tabs on life’s endless love affair with the sun. So stop scheming for trifles, dear heart. You’re not a bounty hunter. You’re the motherlode. Stop with your drudgery, dear mind. You’re a wellspring, not a grindstone.

Beloved Friend - enough of your frenzied industry. Try a different way. Remember: the flowers don’t earn the seasons. No river deserves its way to the sea.

Pavithra Mehta is a writer and poet, coordinator of DailyGood, and a contributing editor for works & conversations.

"Absence is a misinterpretation of invisible presence. In this very moment, hidden immensities are being transfigured in the dark.

There is no keeping tabs on life’s endless love affair with the sun. So stop scheming for trifles, dear heart. You’re not a bounty hunter. You’re the motherlode. Stop with your drudgery, dear mind. You’re a wellspring, not a grindstone.

Beloved Friend - enough of your frenzied industry. Try a different way. Remember: the flowers don’t earn the seasons. No river deserves its way to the sea. "

So Rumi-esque. This is Pure Gold! thank you!

Love this. Can't remember who said/write it: but flowers bloom for the joy of it!

Beautifully expressed by someone whose first tongue isn't English (or at least I thought so as I embarked on the reading). But that's losing sight of what followed, the universal language of our spirit, our spark, by an inundation of media. I too, am living this life. The life, unfettered by the former. There is beauty in the mundane, the subtle, and even the obvious which often times is hidden, or make that a distraction by the continual bombardment and messaging.

I am a gardener too. By choice. I nurture, as I love tendering. I observe, I bask in the beauty of that which I encounter each day, even if the flowering of a viburnum or a rhododendron are past prime. And it is those days, that lift me to all other things as I live in a congested state in the shadow of NYC. It's there. I shine, for no other reason for no other reason, that I KNOW.