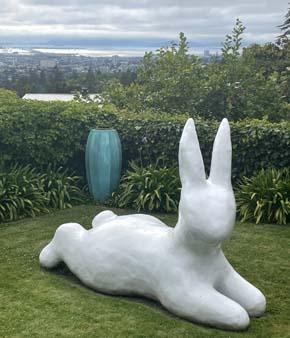 First, I want to welcome our new contributing editor, Rick Hunt, and thank him for his conversation with Zoo Cain. Issue #4I represents another unscripted journey and, like all the others, has turned up unexpected treasures. Having Zoo in our pages is a shining example. But each of our features takes us either to new ground, new friends or the familiar—and always fresh—joys that have accompanied the birth of each new issue. These are the “notes and passages” of our theme. Some of the pieces belie a surprising amount of time in their gestation. Interviews with Dennis Ludlow and Nancy Servis are examples. I’ve known both for many years and am sure the wait was well worth it. The story Dennis tells strains credulity and yet it’s true, as I can attest having been acquainted with him as it unfolded. Plucked from a small drama study group and having no actual stage experience, he was cast in the world premier of Sam Shepard’s Pulitzer-winning play Buried Child. It’s one of those stories…
The moment that led to our interview with Nancy Servis came one morning when I chanced to hear her being interviewed on San Francisco’s KQED program, Forum. Thanks to her deep knowledge of the history of ceramics in Northern California, she’d been invited to talk about ceramicist Edith Heath, who went on to found Heath Ceramics. Afterwards, I gave Nancy a call to congratulate her and catch up a bit. One thing quickly led to another and voilà.
On the other hand, it took six months or so for our interview with Ama Torrance to materialize. Walking in an unfamiliar Oakland neighborhood, I was startled to come around a curve and see several oversized, playful animal sculptures. On subsequent walks,
I asked people I chanced to pass if they knew who made the figures. I finally learned they were made by a woman who lived there named Ama. Already feeling ambivalent about going straight up to the front door and knocking, I was quickly persuaded it was not a good idea by two large dogs. In the meantime, as the weeks passed, I imagined scenarios for the mysterious Ama and her international clientele of customers who purchased pieces for their gardens and public parks. To my delight, this closed circle was finally broken.
I describe how it happened in my introduction to the interview itself.
And speaking of delight, contributing editor Pavi Mehta is back, this time with a meditation on the joy that we miss from our relentless absorption in the daily round. The piece springs from a moment of awakening to the glory of a California Buckeye in bloom. Reading it, William Blake would smile.
A discovery quite outside the daily round accounts for our photo essay featuring a trove of abandoned ceramic art stashed behind a building on the California College of Art’s Oakland campus. With no thought of curation, the student pieces strewn along a bank make all the more powerful an impression, one that bends toward anthropology. They speak, one feels, but what do they say?
“Walks with Ula,” the feature begun in issue #40, continues in #41. Spurred by the pandemic, I began walking five or six days a week in areas I hadn’t explored before. Having an iPhone in my pocket and a long-standing love of photography, I’ve found one of the consistent joys of this walking practice has been the wealth of moments that demand a photo. Included here are a few more photos taken on such walks, along with some reflections.
And in this issue I share a few thoughts in memory of poet and writer Ronald Hobbs whose work we first shared in 1992 when the magazine was called The Secret Alameda. Over the years, fourteen of his pieces have graced our pages. We will sorely miss him and his unique voice. And Indigo Animal’s journey continues with its humor, singular drawings and reflection for the philosophically and spiritually inclined.
Enjoy!—Richard Whittaker